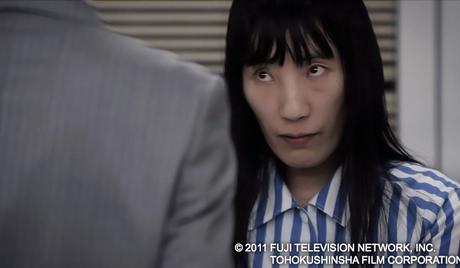 Watch 'Kakusei' with our fast and smooth mobile player, optimized for your phone and tablet

Could the wrong reaction to a creepy event change the course of a man’s life? Mamoru Kawai is a single young man who works in an office and often stops by his local convenience store to buy dinner on his way home. One day, when he was paying for his food, the female cashier kept touching his hand in a strange way. Disgusted by the ugly appearance of the woman and the unwanted physical encounter, Mamoru removes her hand and runs out of the store, yelling out “Yuck!” once he was outside. Ever since that creepy incident, Mamoru hears someone throwing stones at his balcony window every night. What could be going on? “Kakusei” is a 2011 Japanese horror drama series. It is a spinoff and the same production team as the 2007 horror series “Torihada.”