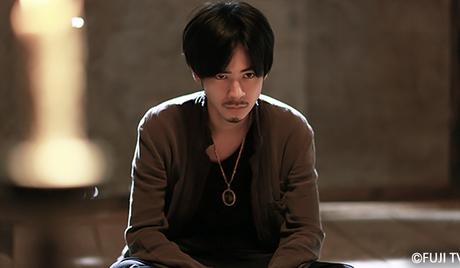 Watch 'FLASHBACK' with our fast and smooth mobile player, optimized for your phone and tablet

Is it a gift or a curse? When Kagami Ryoma (Narita Ryo) was 5 years old, he witnessed the murder of his own father. When he touched his father’s dead body, Kagami realized that he has the ability to see the residual thoughts and flashbacks of the dead person. In adulthood, Kagami is recruited by Furusawa Takashi (Toyohara Kosuke), a detective with a top-secret organization within the Tokyo Metropolitan Police known as the Hidden Incidents Department (HIDE), which is responsible for investigating the toughest and most bizarre murder cases. When the police commissioner orders HIDE to add a new investigator who is more science-based, Todoroki Himiko (Takanashi Rin) joins the team. Todoroki is a scientific genius who becomes demoralized when a professor at Tohto University’s Institute of Advanced Science wins the Nobel Prize after taking credit for her work. Can Kagami and Todoroki balance out each other’s strengths to solve the toughest murders? “Flashback” is a 2014 Japanese drama series.