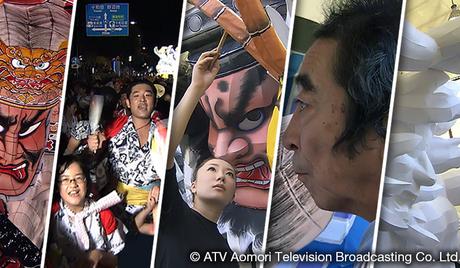 Watch 'The Messengers of the Dragon' with our fast and smooth mobile player, optimized for your phone and tablet

The Messengers of the Dragon

Aomori is the capital city of the northernmost prefecture of Japan’s largest island. It is a small, quiet town in the Tohoku region, but every year between August 2 and August 7, it gains international attention as it stages one of the largest Japanese festivals. The Aomori Nebuta is a colorful celebration that attracts more than a million attendees! The festival celebrates the folk tradition of cleansing the spirit by passing impurities into paper lanterns. Paper lanterns have a central role in other Japanese festivals but the ones in the Aomori Nebuta take on unparalleled proportions, with some as large as 5 meters tall and 9 meters wide! And inside each lantern are some 1,000 lights strung together to bring the lanterns to exciting, colorful life. Each year, the highlight of the Aomori Nebuta festival is the street parade showcasing all of these giant lanterns. Don’t miss a minute of this special one-episode program about the festival! “The Messengers of the Dragon” is a 2013 Japanese cultural program. It is hosted by Sakuji Yoshimura, Professor Emeritus at Waseda University, and narrated by Makoto Sasaki.

The Messengers of the Dragon Volunteer Team

The Messengers of the Dragon Volunteer Team