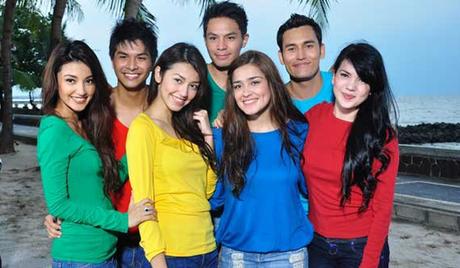 Watch 'Romance' with our fast and smooth mobile player, optimized for your phone and tablet

What sacrifices would you make for the sake of your family? Asmara (Velove Vexia) and her foster brother, Januari (Glenn Alinskie), work hard to try to pay the hospital bills for their mom, Anya, who is in the hospital in a coma. After working many odd jobs, Asmara gets a job with a filming crew in her area. There, she meets Don (Arifin Putra), a famous soccer player who tries to make Asmara his girlfriend purely for the good publicity, and befriends sisters, Nora (Alice Norin) and Love (Yasmine Wildblood). Januari works as a driver for Lightning (Fero Walandouw), the son of a wealthy businessman. Without Asmara’s knowledge, Lightning helps pay for Anya’s hospital bills, partly because he considers Januari his only friend and partly because he has always had a secret crush on Asmara since childhood. But when Januari gets into an accident and is believed to be dead, Lightning blames Asmara for Januari’s death and has a hard time forgiving her. Asmara is devastated by Januari’s presumed death, but will she ever find out the ultimate sacrifice he made to make her life easier? “Romance” is a 2012 Indonesian drama series directed by Desiana Larasati.