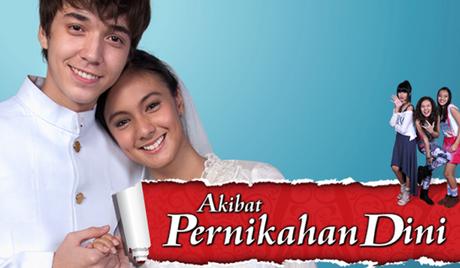 Watch 'Early Marriage Effect' with our fast and smooth mobile player, optimized for your phone and tablet

What would you do if you were forced to marry way too young? Dini (Nasya Marcella) is a 19-year-old college student at the peak of her youth who loves to have fun and spend time with her friends. But her family faces a crisis when her father, Asril (Atalarik Shah), has a heart attack and needs cardiac bypass surgery. When doctors tell Asril that the chances of him surviving the surgery is 50-50, he decides that he wants to see Dini married before he undergoes the surgery — just in case he doesn’t survive. Asril sets his sights on Adrian (Stefan William), the younger son of his good friend, Yusri (Jeremy Thomas). Yusri is not keen on seeing the 21-year-old Adrian get married at such a young age but feels obligated to Asril because Asril donated a kidney to save Yusri’s life in the past. Forced by their parents, Dini and Adrian reluctantly get married with the thought that as soon as Asril survives his surgery, they can get a divorce. In the meantime, Dini and Adrian try to play husband and wife on hospital visits to see Asril while living completely separate lives back in college. What will become of their little ruse? “Early Marriage Effect” is a 2013 Indonesian drama series directed by Maruli Ara.