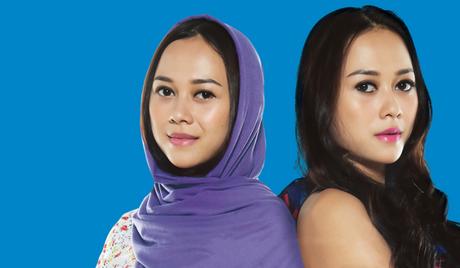 Watch 'Pashmina Aisha' with our fast and smooth mobile player, optimized for your phone and tablet

Circumstances force twin sisters to live very different lives. Pashmina and Aisha (both played by Aura Kasih) are twins who are living in an orphanage. They become separated when a wealthy family adopts Pashmina and takes her abroad to help treat her hereditary heart disease. Aisha is devastated to be separated from her twin sister and left alone at the orphanage. She grows up and marries Reyhan (Jehoshaphat Giovanni Tobing), who gives up his wealth to elope with her because his mother, Dinar (Annie Anwar), doesn’t approve of the marriage. Right after Aisha gives birth to their baby, Dinda, Dinar forces Aisha to give up her baby and her husband. In exchange, Dinar promises to provide the best medical care for Dinda, who has inherited the hereditary heart disease. Reyhan is led to believe that Aisha has left him and the baby, and he reluctantly agrees to his mother’s push to marry Juwita (Raya Kohandi), the doctor taking care of Dinda. Aisha is distraught by the loss of everyone she loves, but an old friend, Sony (Baim Wong), tries to help her recover from her emotional distress. When Pashmina returns to Indonesia to try to find her twin, what will become of the separated sisters? “Pashmina Aisha” is a 2014 Indonesian drama series directed by Epoy S. Pradipta. 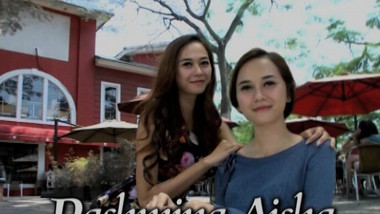