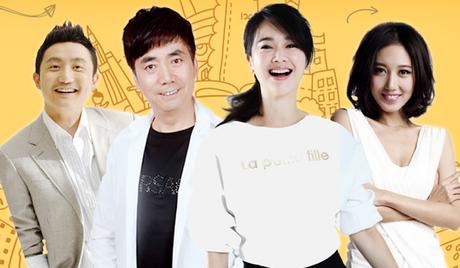 Watch 'Husbands' Secret Stash' with our fast and smooth mobile player, optimized for your phone and tablet

Shouldn’t everything be shared openly and honestly in a happy marriage? Mrs. Zheng (Pan Hong) is a widow who feels she has successfully raised her three daughters to be happily married women. However, her world turns upside down one day when she finds evidence that her late husband may have hidden some money from her. Mrs. Zheng then counsels her three daughters to make sure that their husbands are not diverting money into their own private funds. The ensuing suspicion causes the eldest daughter, Nan Nan (Zuo Xiao Qing), to stop speaking to her miserly husband, Zhao Ming Hao (Fan Ming), while middle daughter, Ting Ting (Gao Lu), divorces her husband, Zhang Tao (Tu Song Yan), and the youngest daughter, Duo Duo (Liu Yun), separates from her husband, Li Wen Dao (Wang Wei Yuan). Can Mrs. Zheng repair the broken trust she caused in her daughters’ marriages? “Husbands’ Secret Stash” is a 2016-2017 Chinese drama series directed by Bai Yang.