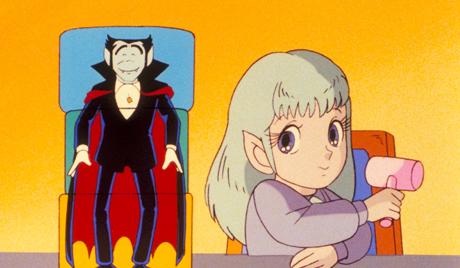 Watch 'Don Dracula' with our fast and smooth mobile player, optimized for your phone and tablet

A big Japanese trading company buys a house in Romania and ships it back to Nerima, Tokyo, but the vampire Don Dracula, his daughter Chocola, and his servant Igor are living in the house. Initially, 26 episodes were scheduled to be broadcast but the series went off the air because the ad agency went bankrupt.