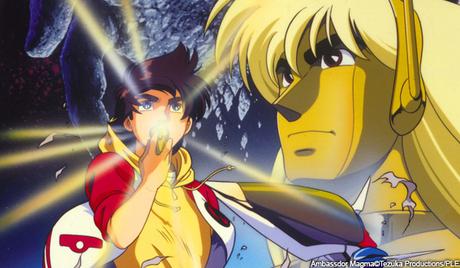 Watch 'Ambassador Magma' with our fast and smooth mobile player, optimized for your phone and tablet

Goa, the emperor of space who lost an ancient war and was entombed by the creator, Earth, comes to life in the modern world. Goa sends his mock human underlings to the earth to plot an invasion. This is a science fiction adventure in which a newspaper reporter, Atsushi Murakami, and his son, Mamoru, together with a golden giant called Magma that is resurrected at times of human crisis, stand up to Goa’s ambition.