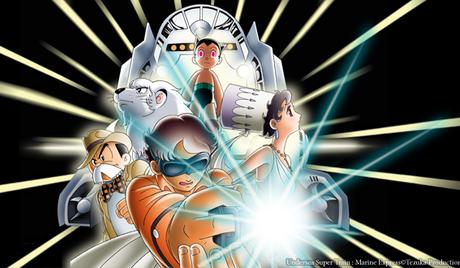 Watch 'Undersea Super Train : Marine Express' with our fast and smooth mobile player, optimized for your phone and tablet

The concept of the program is "love saves the Earth," the main theme of this film is environmental destruction. In 2002, a trans-Pacific submarine train, the Marine Express, leaves California for Japan. The doctor who developed this state-of-the-art train, however, plans to explode it because he is worried about the environmental destruction under the sea. The doctor's personality caricaturizes a weakness in nature conservation groups, and imbues this film with profundity.