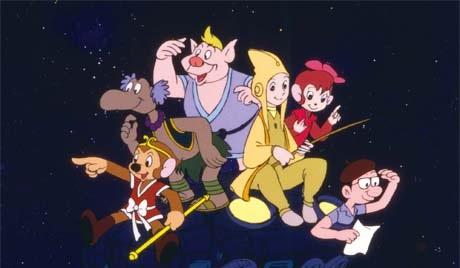 Watch 'The Tale of Osamu Tezuka : I'm Son-Goku' with our fast and smooth mobile player, optimized for your phone and tablet

This is a special two-part animation derived from "Songoku" , a story that Tezuka loved so much. The first part is Tezuka's biographical animation focusing on his experience of seeing an Asian film, "Tessen Koshu" , in his boyhood, which impressed him. The second part is a science fiction version of "Songoku" set in A.D.3010, in the Milky Way Galaxy. This became one of Tezuka's posthumous works because he was working on it on his sickbed but passed away still developing ideas