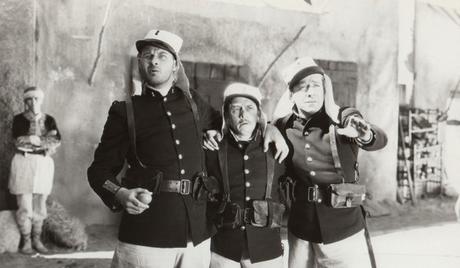 Watch 'The Three Musketeers' with our fast and smooth mobile player, optimized for your phone and tablet

Three members of the French Foreign Legion are the only survivors in an attack by Arabs somewhere in the Arabian Desert. Tom Wayne, an American pilot, comes to the rescue of Clancy, Renard and Schmidt, and they dub themselves “The Three Musketeers” and Tom their “D’Artagnan.” But the three friends must soon help Tom prove his innocence when he is framed for the death of a friend and try to uncover the identity of a mysterious masked man known as El Shaitan.