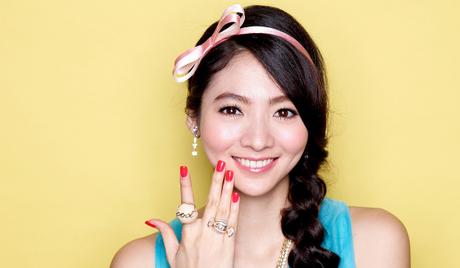 Aggie Hsieh is the stage name of Hsieh Pei En, a Taiwanese singer and actress. Born on March 2, 1991, she made her acting debut in the 2008 television drama “Police et Vous” and then went on to star in “The Pursuit of Happiness” (2013), “Baby Daddy” (2015) and “To the Dearest Intruder” (2015). She also has sung the theme songs to several television dramas. Aggie Hsieh’s mother is singer Lai Pei Xia and her sister-in-law is actress Sonia Sui.