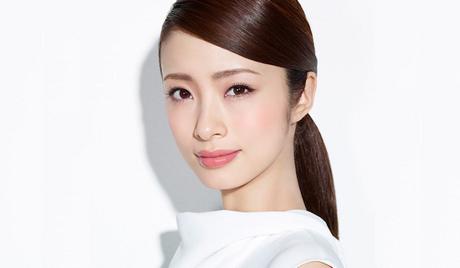 Aya Ueto is a Japanese actress, singer, and a television and radio personality. Born on September 14, 1985, she was first discovered after she won the Judges' Special Choice Prize in the 7th Japan Bishōjo Contest, a beauty and audition contest, in 1997. She made her acting debut at the age of 13 in the 1999 film “Satsujinsha: Killer of Paraiso.” That same year, Ueto and three other Japan Bishōjo Contest participants formed the music girl group Z-1, which disbanded in 2002, and Ueto continued to pursue a solo music career. Ueto won critical acclaim after playing a high school student suffering from gender dysphoria in the sixth season of the television drama “3-nen B-gumi Kinpachi-sensei,” which brought her several Newcomer of the Year awards. She has enjoyed a successful career in film, television and commercial endorsements since then. Her recent credits include the television drama “Hirugao” (2014) and “Hirugao: The Movie” (2017). Ueto married Hiro, the leader of the Japanese boy band Exile, in 2012.