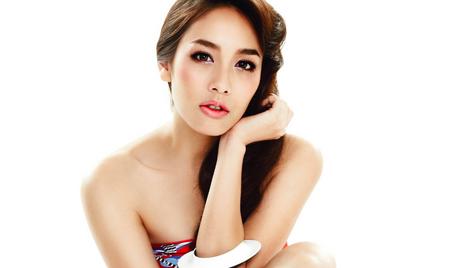 Min Pechaya Wattanamontree is a popular Thai model and actress. Min is her nickname and Pechaya Wattanamontree is her given name. Born on April 28, 1989, Min broke into the entertainment industry after winning first runner-up in Miss Teen Thailand in 2006. She branched out into acting in her first lakorn “Pla Boo Thong” in 2009 and has since starred in many films and television series, including “Sawan Saang” (2010), “Nam” (2011), “Pin Anong” (2012) and “Lah Ruk Sut Kob Fah” (2014).” Min also has sung a few of the original soundtracks on her shows.