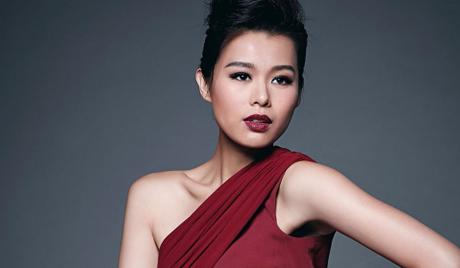 Myolie Wu is a Hong Kong actress and singer. Born on November 6, 1979, she is considered the first actress to be the “Triple TV Queen of the Year” for winning Best Actress for her role in “Curse of the Royal Harem,” Most Favorite TV Female Character for her role in “Ghetto Justice” and Extraordinary Elegant Actress at the TVB Anniversary Awards in 2011. She also twice won My Favorite TV Actress at the Astro Favorites Awards. Myolie Wu attended a boarding high school in Northern Ireland and returned to attend university. In her first year of college, she competed in the 1999 Miss Hong Kong beauty pageant, winning second runner-up and launching her entertainment career. Myolie Wu branched into acting in 2001 and has since had a prolific career in both films and television dramas, including the recent “Burning Flame III” (2009), “A Chip Off the Old Block” (2009), “The Rippling Blossom” (2011), “Ghetto Justice II” (2012), “Triumph in the Skies II” (2013), “Wine Beauty” (2014) and “Lord of Shanghai” (2015). Myolie Wu also sang the theme song for her 2007 television series “War and Destiny” and has since sung many of her shows’ theme songs. After a long-term relationship with Bosco Wong ended in 2012, Myolie Wu married Hong Kong businessman Philip Lee in 2015.