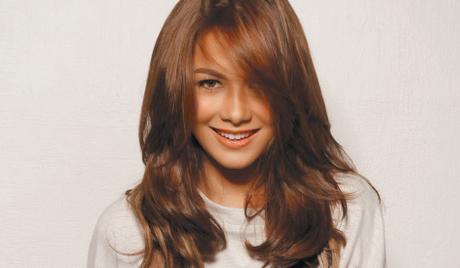 Maja Salvador is an award-winning Filipina actress, dancer and recording artist who has been dubbed the “Dance Princess of the Philippines.” Born on October 5, 1988, Maya comes from an acting family, including father Ross Rival, uncle Phillip Salvador and aunt Jobelle Salvador. Maya made her acting debut in the 2003 television series “It Might Be You” and her big-screen debut in the highly acclaimed 2006 horror film “Sukob.” She has since starred in many popular films and teleseryes, including “Impostor” (2010), “My Binondo Girl” (2011), “Toda Max” (2012) and “The Legal Wife” (2014). In late 2013, it was announced that Maya signed a recording contract, and she released her first album in 2014.