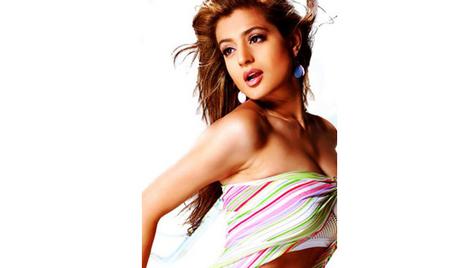 While appearing mostly in Hindi films, Amisha has also acted in several Telugu films as well as a Tamil film. After debuting in Kaho Naa…Pyaar Hai, which was a huge blockbuster hit, Amisha won Filmfare Special Performance and Best Actress Awards for her role in Gadar: Ek Prem Katha, considered one of the biggest hits in Hindi cinema ever. Amisha is known for other films such as Vaada, Humraaz, and Kya Yehi Pyaar Hai. Amisha is a strong advocate of animal rights and supports and campaigns actively with PETA.-Her relationship with filmmaker Vikram Bhatt was often talked about in the Indian media as well as her long-running rift with her parents.-Regarded as one of the sexiest actresses in Bollywood, Ameesha has appeared in around 30 films till date, and more on the way! She has also been a part of several stage shows, concerts and world tours like ‘The Roshans: Hrithik Live In Concert’, ‘Craze 2004’, ‘Kuch Dil Se…’ etc.