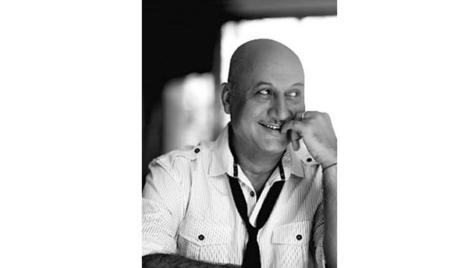 Anupam Kher, born in Shimla, Himachal Pradesh, is an actor, producer, and director. Married to actress Kirron Kher, with whom he has one stepson - Sikander Kher, and one son - Raju Kher Kher has won two National Film Awards, eight Filmfare Awards, and the Padma Shri by the Government of India for his contribution to Indian cinema. Kher is also known for performances in English films such as Bend it Like Beckham and Bride and Prejudice. He also had an appearance on the TV show ER. Kher is known for films such as Daddy, Kuch Kuch Hota Hai, Saaransh, and Maine Gandhi Ko Nahin Mara.-Recently hosted The Anupam Kher Show - A TV series which featured stars sharing thoughts on life and more.-He is the Goodwill Ambassador of Pratham Educational Foundation which works towards a general social change of all by focusing on the education of children. He wants the cause of displacement of Kashmiri Pandits to be heard all over the world and has been constantly working with issues of his community.