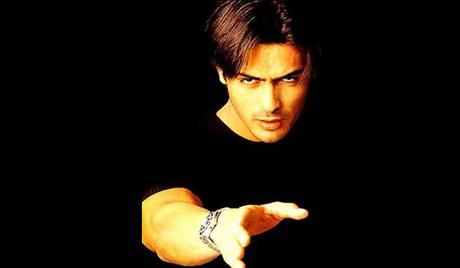 Arjun Rampal was born in Jabalpur, Madhya Pradesh. Arjun was nominated for the Filmfare Award for Best Male Debut for his debut role in Pyaar Ishq Aur Mohabbat in 2001. The major hit Rock On!! won Arjun more awards such as the National Film Award and Filmfare Award for Best Supporting Actor. Arjun was also nominated for a Filmfare Best Supporting Actor Award in 2010 for his role in the political thriller Raajneeti. Some of Arjuns other films include Housefull, Asambhav, and Ra.One opposite Shah Rukh Khan and Kareena Kapoor. Arjun Rampal is married to supermodel and Ex-Miss India Mehr Jessia. The couple got married on 1997. The couple has two daughters Maahika and Myra. Arjun family launched a Resto-Bar named LAP Lounge inside the hotel Samrat. The bar was collectively designed by Rampal, Mehr and Shahrukh Khan’s wife Gauri Khan. He started his production house Chasing Ganesha and his first production was I See You (2006) with himself in the lead. He has even acted with Nicole Kidman in the ad for Schweppes Drink produced by Gladiator director Sir Ridley Scott and directed by Shekhar Kapoor.