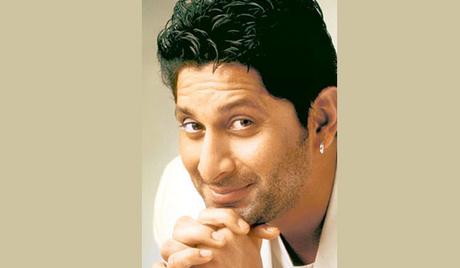 Arshad Warsi was born in Mumbai, India. After beginning his career as a dancer, during which he was fairly successful, he turned his eye to film and debuted in the 1996 film Tere Mere Sapne. Arshad won an IIFA Award for Best Supporting Actor, as well as the Filmfare Best Comedian Award in 2007 for his role in the hit Lago Raho Munna Bhai. Arshad is also known for roles in films such as Salaam Namaste, Ishqiya (for which he was nominated for a Filmfare Best Supporting Actor Award) and Dhan Dhana Dhan Goal. Married to MTV VJ Maria Goretti since 1999. The couple has two children- an 8 year old son named Zeke, and a 5 year old girl names Zene Zoe. Not all people know that the actor with a brilliant comic timing is a superb choreographer as well. He hosted a dance show called Razzmatazz on Zee TV, the first season of popular reality show Bigg Boss on Sony TV and the second season of dance show Zara Nachke Dikha on Star Plus.