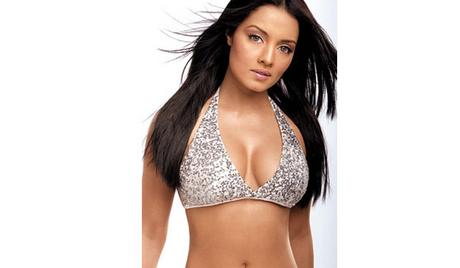 Celina Jaitly was born into an army family in Kabul, Afghanistan. While as a child she wanted to join the military like her father, she ended up graduating with a degree in commerce from Indira Gandhi National Open University. Celina began her rise to stardom by winning the 2001 Femina Miss India Universe. She was the 4th runner up at the 2001 Miss Universe Beauty Pageant. Her film debut came two years later in the film Janasheen, following which she has acted in several films including Money Hai Toh Honey Hai and Thank You. Celina is a strong advocate of LGBT rights, and promotes abolishing Article 377 of the Indian Penal Code. Celina married Peter Haag in July 2011, and delivered twin boys, Winston and Viraaj, in March 2012.