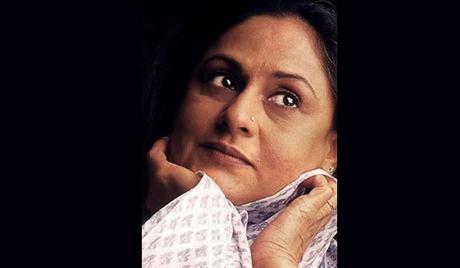 Jaya Bachchan, was born Jaya Badhuri in Jabalpur, Madhya Pradesh. Bachchan made her film debut in the 1963 Bengali film Mahanagar. The experience fuelled her passion for acting, and inspired her to study at and graduate from the Film and Television Institute of India. Her next role in the film Guddi in 1971 brought her breakout to fame, as well as a nomination for the Filmfare Best Actress Award. Bachchan is known for roles in films such as Uphaar, Koshish, and Kal Ho Na Ho. Jaya has been nominated for fourteen Filmfare Awards and has won nine over the years, including the Filmfare Lifetime Achievement Award in 2007. She has also won three IIFA Awards, many other awards, honours, and recognition. Jaya married Amitabh Bachchan in 1973, and over the years starred with him in movies such as Chupke Chupke, Sholay, and Kabhi Kushi Kabhie Gham. Together they have two children, Shweta Bachchan-Nanda and Abhishek Bachchan. Jaya Bachchan was elected to be a member of the Samajwadi Party, a party which was representing Rajya Sabha. In the month of February in 2010, she wanted to complete her term and two years later in 2012, she was again elected.