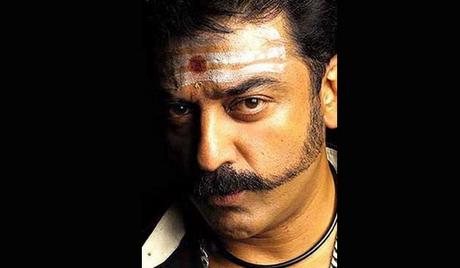 Kamal Haasan is an Indian film actor, screenwriter, producer and director. In addition to this, he has also featured in films as a songwriter, playback singer and choreographer Kamal Haasan was born in the town of Paramakudi in the Ramanathapuram district of Tamil Nadu, to a criminal lawyer named D. Srinivasan and his wife Rajalakshmi He debuted as a child artiste in the film “"Kalathoor Kannamma”“ (1960) Kamal Haasan has won several Indian film awards, including four National Film Awards and nineteen Filmfare Awards In 1990, he was awarded the Padma Shri for his contributions to Indian cinema. Kamal Haasan is also a recipient of an Honorary doctorate by Sathyabama University. Kamal Haasan married danseuse Vani Ganapathy in a low-key affair (1978-1988). Later married Sarika and is blessed with two daughters, Shruti K. Haasan and Akshara.” He stands at highest among the Indians whose three movies have been selected in Oscars to represents India in the category of Best Foreign Movie. He also has taken assistance for make-up under Micheal Westmore. The star is a trained Indian Classical Bharatnatyam dancer. Kamal Haasan became the CNN-IBN Indian of the year of 2010 and also was honoured with FICCI Living Legend in the year 2009. The Tamil Nadu Government garlanded Haasan with Kalaimamani in 1980 for his contributions to the film industry of Tamil.