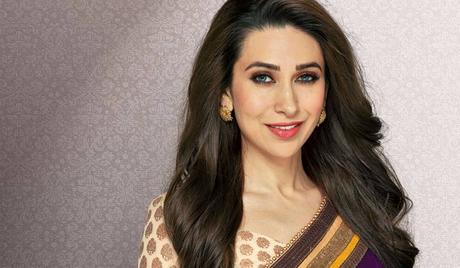 Karisma, more affectionately referred to as Lolo, was born in Mumbai into the well-known Kapoor family. She is the older sister of Kareena Kapoor, and cousin of Ranbir Kapoor. Karisma made her film debut in 1991 in the film Prem Qaidi at the age of seventeen. She went on to act in several commercially successful films including Jigar in 1992 and Coolie No. 1 in 1995. Karisma received a Filmfare Award for Best Actress for her role in Raja Hindustani in 1996. She also received a National Film Award for Best Supporting Actress in 1997 for her role in Dil To Pagal Hai. Lola has won three other Filmfare Awards, as well as an IIFA Award for Best Actress for her role in Fiza in 2001. Karisma was previously engaged to Abhishek Bachchan, but they split in 2003. She married Sanjay Kapur later that year, and together they have a daughter (Samaira, born 2005) and a son (Kiaan Raj Kapoor, born 2010). She has also played the leading role in the television series ‘Karishma: A Miracle of Destiny’ and has also judged the dance show ‘Nach Baliye 4′.