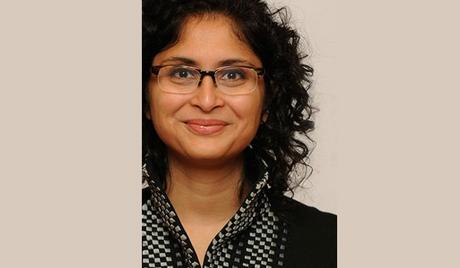 Kiran Rao is an Indian film producer, screenwriter, and director born in Bangalore, Karnataka, India. Started her career as an assistant director in the epic film Lagaan. Married actor/film director Aamir Khan in 2005 and son, Azad Rao Khan was born through a surrogate. Produced films such as Peepli Live,Dhobi Ghat and Delhi Belly. The film Dhobi Ghat and Mumbai Diaries was scripted and directed by her as well.