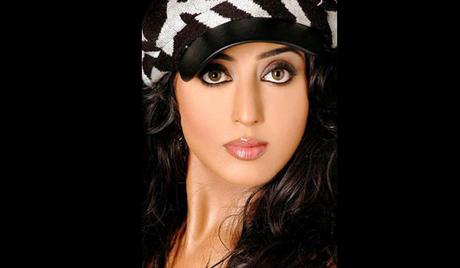 Mahie Gill, from Firozpur in Punjab, debuted in 2003 in the Punjabi film Hawayein. After other small roles in Punjabi and Hindi films, Mahie was supposedly spotted by Anurag Kashyap at a party, who thought she was perfect for the role of Paro in Dev.D. Mahie’s role in Dev.D won her the Filmfare Best Actress (Critics Choice) Award in 2010, as well as the IIFA Star Debut Award. Since then she has been in several well known movies, including Aagey Se Right, Dabangg, and Saheb Biwi Aur Gangster (for which she was nominated for IIFA and Filmfare Best Actress Awards. Contrary to popular belief, she appeared in small roles before her role in Dev.D. She had worked in a Khushi Mil Gayee, Sirf Paanch Din and Khoyaa Khoyaa Chaand in miniscule roles. After her divorce, Mahi moved to Mumbai. She kept struggling until she made it big one day via Dev.D. “She has a Master’s degree in Theatre.”