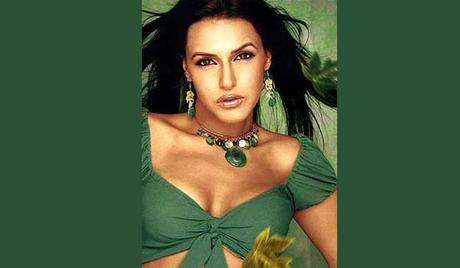 Neha Dhupia was born in Cochin, Kerala. After beginning her career in plays, and modeling, Neha won the Femina Miss India 2002 Pageant, and was chosen to represent India in the Miss Universe Pageant that year. Neha made her film debut in 2003 in the film Qayamat: City Under Threat, following which she has been in critically acclaimed films including Chup Chup Ke, De Dana Dan, and Singh is Kinng. Neha has been involved with the Concern India Foundation, and has also run the Mumbai Marathon, raising over 5 Lakhs for charity. Neha did an Indo-Japanese film Nattu Odoru Ninja Densetsu as leading lady. She appeared in a TV serial Rajdhani. She featured in an Indi pop music video for Euphoria. Neha Dhupia is very well attached with Concern India Foundation which supports children, elderly and lower income women. She also raised money for earthquake victims of 2011 Sikkim.