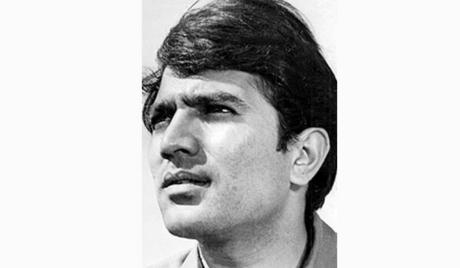 Rajesh Khanna, born Jatin Khanna in Amritsar, is described as the ‘first superstar of Bollywood’. After being one of the finalists in an Indian talent show, Khanna debuted in the film Aakhri Khat in 1966. Although he debuted in Aakhri Khat, Khanna’s big break came from his next film Raaz. Starring in over a hundred films, Khanna is a legend in Bollywood films, winning five Filmfare Awards including the Filmfare Lifetime Achievement Award in 2005, as well as the IIFA Lifetime Achievement Award in 2009, and winning and being nominated for many other awards. Khanna is known for his roles in films such as Baharon Ke Sapne, Aaradhana,and Ittefaq, as well as many more. Khanna was married to Dimple Kapadia from 1973 to 1984, with whom he has two daughters, Twinkle and Rinke Khanna. He is also active in politics as a Member of Parliament for the Congress Party from 1992 to 1996, following which he has remained an active member of the party. Rajesh Khanna passed away in Mumbai on 18 July 2012 after a prolonged illness. He has been awarded posthumously India’s third highest civilan honour Padma Bhushan