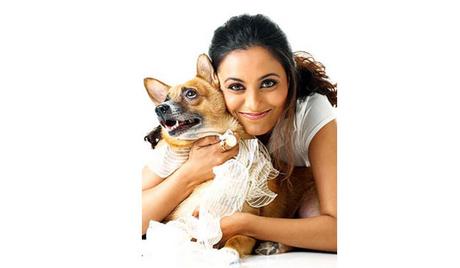 Rani Mukerji, born in Mumbai to the well-known Mukherjee-Samarth family, began her acting career in 1996 with a cameo in her father’s Bengali film Biyer Phool. Rani’s major breakthrough role came two years later in the Karan Johar’s directoral debut Kuch Kuch Hota Hai, for which she won the Filmfare Award for Best Supporting Actress that year. Since then, Rani has become one of the most well regarded actresses in Bollywood with powerful and moving roles in films such as Saathiya, Black, Hum Tum, No One Killed Jessica and Paheli. Mukerji has won seven Filmfare Awards and eight other Filmfare Award nominations. She has also won four IIFA Awards and received six other nominations. Rani Mukerji was offered the lead role in Hollywood film, The Namesake, but owing to clashing dates with Kabhi Alvida Naa Kehna, she couldn’t commit to Mira Nair’s project. On 21 April 2014, she married Aditya Chopra at a private ceremony in Italy.