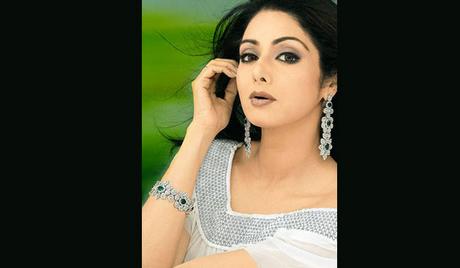 Sridevi is regarded as the First Female Superstar of Bollywood and has worked in Tamil, Telugu, Hindi, Malayalam and a few Kannada films. Sridevi stated her career as a child artist at the age of four. She made her Bollywood debut as a child artist in the hit Julie (1975) and her first adult role at age 13 in Moondru Mudichu (1976). In 2012, Sridevi returned to films after a 15 year long hiatus with the cult film English Vinglish. During her career, she has won four Filmfare Best Actress Awards, two for Hindi films, and one each for Tamil and Telugu films. In 2013, Sridevi was awarded the Padma Shri, the fourth highest civilian honour by the Government of India. Sridevi is married to Boney Kapoor, on June 2, 1996. They are now parents of two daughters: Jhanvi and Khushi.