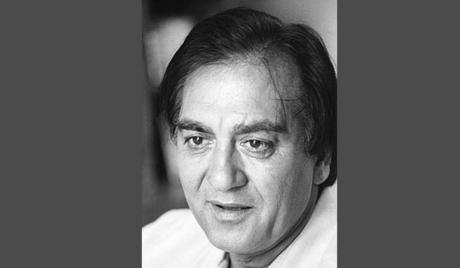 Sunil Dutt was born in what is now Pakistan, in the city of Jhelum. Even though his family struggled with money when he was a child, Sunil managed to reach Mumbai from Haryana and joined Jai Hind college for his undergraduate studies. After beginning his entertainment career on Radio Ceylon, on which he had a very popular show, Dutt debuted in the 1955 film Railway Platform. In 1957 Sunil gained fame for his role in Mother India, where he first acted alongside his future wife Nargis. Supposedly, this movie was what brought the couple together romantically. Sunil was in many successful films from then on, including Gumraah, Waqt, and Khandaan. Sunil won three Filmfare Awards, including the Filmfare Lifetime Achievement Award in 1995. Sunil married his wife Nargis in 1958 and they were happily married till her death in 1981 from pancreatic cancer. They had a son, Sanjay Dutt (who is also a famous actor), and two daughters- Priya and Namrata. Sunil Dutt died of a heart attack on 25 May 2005, in Mumbai