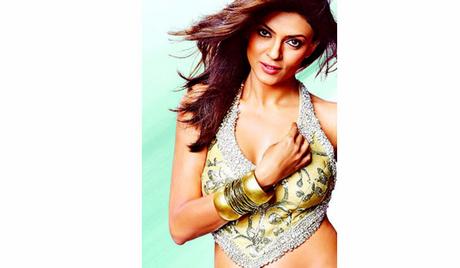 Sushmita Sen was born in Hyderabad to Shubeer (An Air Force Wing Commander) and Subhra (A jewelry designer) Sen. Sushmita first stepped into the limelight in 1994 when she defeated Aishwarya Rai in the Femina Miss India beauty pageant. From there she went on to win the 1994 Miss Universe Pageant at age 19, the first woman from India to do so. Sushmita’s next step was her entrance into Bollywood, which took place in 1996 with the film Dastak. 1999 was a highly successful year for Sushmita. She was nominated for two Best Supporting Actress Awards at the Filmfare Awards for the films Sirf Tum and Biwi No. 1. She won the award for her role in Biwi No. 1. Sushmita has enjoyed commercial success with films such as Main Hoon Na in 2004 and Maine Pyaar Kyun Kiya? in 2005. In 2000, Sushmita made headlines by adopting a baby girl as a single 25 year old mother. The girl, named Renee, was later joined by Alisah, another girl, in 2010.