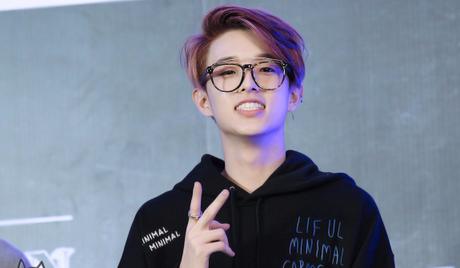 Jae is the stage name of Jae Park, a singer, songwriter, composer and television host who is currently the vocalist and electric guitarist for the South Korean rock band DAY6, which debuted in 2015. He was born on September 15, 1992, in Argentina, with the name Park Jae Hyung. He moved with his family to Long Beach, California, when he was 5 years old. While attending California State University at Long Beach, Jae auditioned for the first season of the South Korean singing competition “K-Pop Star” and passed the preliminaries. He flew to Korea to participate in the program and finished in the top six, clinching a music contract with JYP Entertainment. In mid-2016, Jae was named a new co-host of the English-language music talk show “After School Club,” along with Park Ji Min of 15& and Kevin Woo of U-KISS.