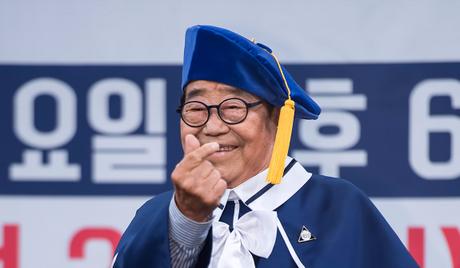 Song Hae is a veteran South Korean singer and television host. Born on April 27, 1927, as Song Bok Hee, he has enjoyed a prolific career as a television presenter since 1949. He has hosted the long-running music show “National Singing Contest” since 1980. He also is a host of “All the Broadcasts of the World.”