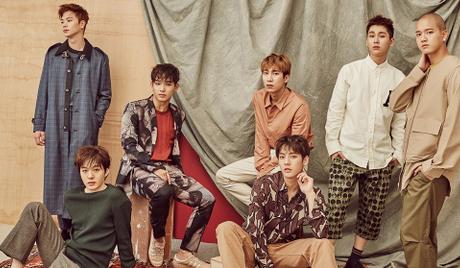 BTOB (short for Born to Beat) is a South Korean, all-male K-pop group that debuted in March 2012 with a self-titled EP featuring the songs “Insane” and “Imagine.” The group’s membership consisted of Eunkwang, the act’s leader, as well as Minhyuk, Changsub, Hyunsik, Peniel, Sungjae, and Ilhoon, but the latter departed in 2020. The group has two subunits: BTOB Blue and BTOB 4U. It has also appeared in a number of TV shows, including the reality show “The Beat” (2014-2015) and the more recent “Kingdom: Legendary Wars” in 2021.