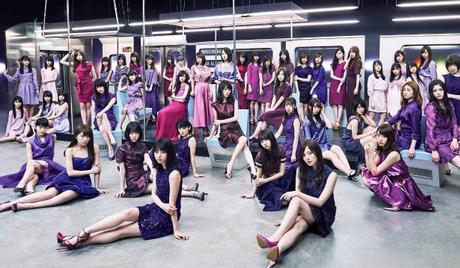 Nogizaka46 is a popular Japanese female idol group formed in 2011. The group was formed by producer Yasushi Akimoto and Sony Music Japan as a direct rival for popular girl group AKB48. It was named after Sony Music Japan’s headquarters, the SME Nogizaka Building, and its 46 members. Since the release of its first single in early 2012, the group has released three platinum studio albums and many hit singles, establishing itself as one of the most successful female idol groups in Japan. A sister group, Keyakizaka46, launched in 2015.