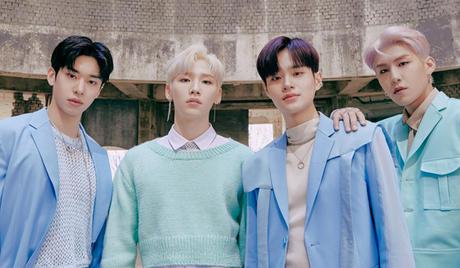 AB6IX is a South Korean boyband whose members include: Donghyun, Woong, Woojin, and Daehwi. Members Woojin and Daehwi first made a name for themselves as part of Wanna One, the group formed on survival audition TV show “Produce 101 Season 2.” Youngmin and Donghyun made their debut as two-piece K-pop act MXM in 2017. AB6IX made its full-group musical debut in 2019 with talent agency Brave New Music, releasing an EP entitled “B Complete.” The group has also featured in reality TV shows, including “Brand New Boys” (2019) and “School Attack 2019.”