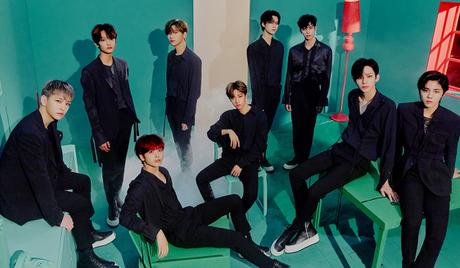 CRAVITY is an award-winning South Korean K-Pop boy band formed by Starship Entertainment. Consisting of nine members: Serim, Allen, Jungmo, Woobin, Wonjin, Minhee, Hyeongjun, Taeyoung, and Seongmin, the group made their debut on April 14, 2020, with the release of their first EP, “Season 1. Hideout: Remember Who We Are”, which peaked at the top of Gaon’s Album Chart. With unprecedented album sales following the group’s debut release, they became one of the best-selling South Korean rookie artists in 2020. Bringing home several awards in their rookie year, the group has made appearances in various variety shows, including the “2020 SBS Gayo Daejeon in Daegu” (2020).