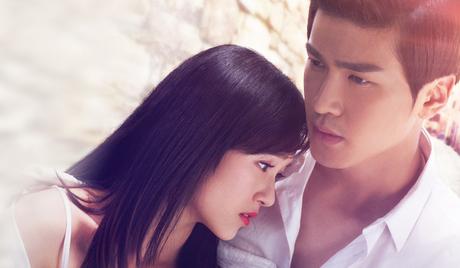 Watch 'The Maid of the Blind Master' with our fast and smooth mobile player, optimized for your phone and tablet

The Maid of the Blind Master

Is love truly blind? Ren Hao Ming (Liu Min Ting) is a blind rich businessman who hires Ruan Qing Tian (Feng Zhi Mo) as his assistant/caretaker. Although Qing Tian was forced to take the job by her stepmother, she ends up falling in love with Hao Ming through their close daily interactions.

Hao Ming undergoes corneal surgery and regains his vision. He goes in search of Qing Tian to propose to her, but Ruan Xin Xin, Qing Tian’s stepsister, intercepts and pretends to be her in order to marry him.

Will Hao Ming realize that he married the wrong woman?

“The Maid of the Blind Master” is a 2016 Chinese web movie directed by Chu Hui Lin. It is part of the “Sad Love Stories” series produced by Four Blue Film Media. The other web movies in this series include “The Bride,” “Love Test”, “The Love,” “The Imprisoned Love” and “The Lover of a Capricious Painter.”

The Maid of the Blind Master Volunteer Team

The Maid of the Blind Master Volunteer Team