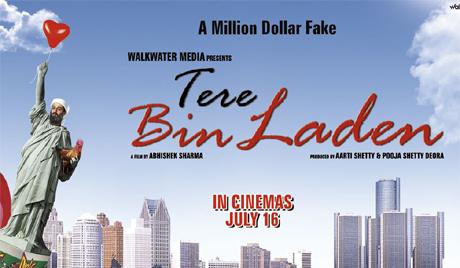 Watch 'Tere Bin laden' with our fast and smooth mobile player, optimized for your phone and tablet

Tere Bin Laden is a tongue-in-cheek comedy about an ambitious young news reporter from Pakistan who is desperate to migrate to the US in pursuit of the American dream. His repeated attempts to immigrate are shot down as his visa is always rejected. But when things couldn't look worse he comes across an Osama bin laden look alike. Ali then hatches a scheme to produce a fake Osama video and sell it to news channels as a breakthrough scoop!