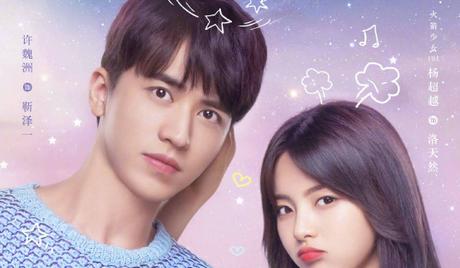 Watch 'Midsummer is Full of Hearts' with our fast and smooth mobile player, optimized for your phone and tablet

Midsummer is Full of Hearts

Luo Tian Ran (Yang Choayue) is a fiercely independent and strong-minded young woman with a high sense of self-worth.

Although she is tone-deaf, she dreams of making a splash in the music industry as a songwriter.

However, due to some ill-fated interventions from a pair of her friends, she ends up having to move out of her house.

Fate intervenes, and her path crosses with a pop superstar named Jin Ze Yi (Timmy Xu), who comes across as something of a spoiled brat. Despite his cold exterior, he is actually secretly childlike and needy.

The duo is forced to live in the same house on a temporary basis.

At first, it seems they will never see eye-to-eye, as their personalities are so very different. However, over time, Luo Tian Ran gradually falls for Jin Ze Yi’s charms – and the feeling becomes mutual.

Could love bloom between this decidedly odd couple?

This series was based on "Full House," a web-based comic series written by South Korean author Won Soo Yeon.

“Midsummer Is Full of Hearts” is a 2020 Chinese drama directed by Zhang Li Chuan.